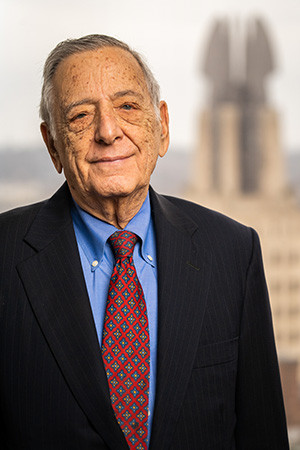 Thomas A. Fink (Tom) has been given the highest AV Preeminent rating by Martindale Hubbell, the oldest premier lawyer rating service in the United States.

Tom has been given a Best Lawyers in America designation rating in Corporate Litigation. Tom has represented litigants in complex litigation including disputes between partnerships, corporations and limited liability companies.

Tom has been given a Best Lawyer in America designation in the areas of Real Estate and Real Estate Law. Tom has been active in all aspects of Real Estate Development and Real Estate Litigation from the earliest planning of a real estate development to the litigation of complex real estate disputes as well as complicated commercial transactions with or without government support. In particular, Tom has developed with not-for-profit and for-profit developers, working in all aspects of Government Assisted Housing. He has also been active in representing developers of a Tax Credit Affordable Housing under Section 42 of the Internal Revenue Code and other types of Government Assisted Developments. Tom is a member of the American Bar Association Committee on Affordable Housing and is also a member of NYSAFAH (New York State Association for Affordable Housing).

Tom has been active in various community activities. He founded and is a Board Member of Tempro Development Company, a not-for-profit company developing emergency housing and programs for the disadvantaged with supported services. Tom was the coordinator for Project Homeless Connect which brings all service providers together to supply services for those who are homeless or nearly homeless and is presently a member of the advisory committee set up to make the program permanent. Tom is Chairman of the Board of Person Centered Housing Options, Inc. (P.C.H.O.), an organization to help fund housing and support individuals for the homeless under a “Housing First” concept.  Tom is a member of the Monroe County Democratic Party, a member of its Hall of Fame, a previous secretary of the New York State Democratic Party and a member of the Electoral College in 1996. Tom is a past president of Temple B’rith Kodesh and is a former National Board Member the Union of Reform Jewish Congregations. Tom is a Trustee Emeritus at the George Eastman House for many years and is a former chair of its Government Affairs Committee.

The attorneys and staff at Davidson Fink can be reached by phone at 585-546-6448 or by email through our secure contact page.